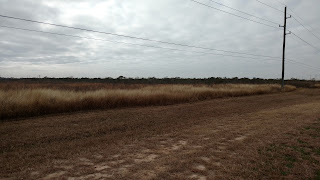 A decent season overall. It's now early May, and this is the first post since January. Cisco steadily caught squirrels and when he hit my target number I moved him to hunting non-existent rabbits west of Katy to close the season out. I took him off squirrels mid season for a month or so as well, because of his chronic toe injury that he's had since I first got him. It's the remnants of a rodent bite that periodically pops up, festers some, and heals up again. Arnold the dog was great, and really worked with Cisco in the woods.    Cisco caught one cottontail each in Amarillo and Abilene and he caught some birds and a cotton rat or two. Farrah caught two rabbits total this season, a big swamp rabbit in a recently flooded lot by Buffalo Bayou, not long after the Harvey flood water receded. The other was a small cottontail out west of town. Farrah's catch on birds was good. One of my really good (and huge) fields is now under development. When I saw a huge pile of sanit
2 comments
Read more 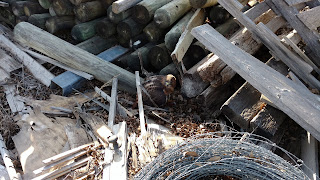 We just just returned from the THA meet in Abilene over MLK weekend, Cisco took a cottontail in fine style on Sunday morning, after a lackluster performance the previous afternoon. Here a picture of Cisco eating the head in a refuse pile. He was spooked and flew a few feet when Rob Palmer came around the corner. Cisco has been catching birds too, with five this morning while rabbit hunting....I took him off squirrels for a while because of an abrasion on his toe.   Farrah has also been catching birds...
Post a Comment
Read more 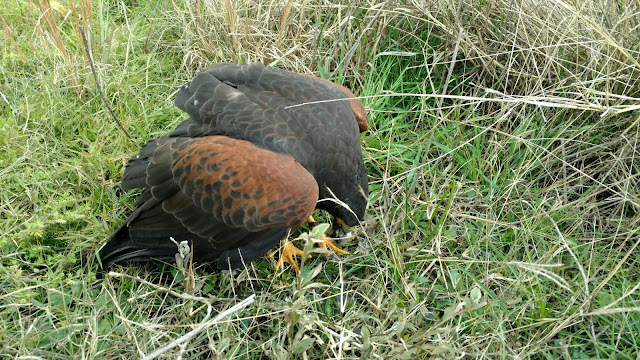 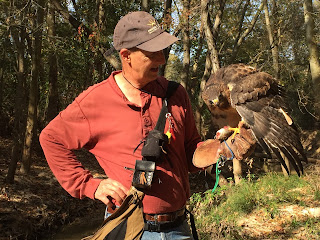 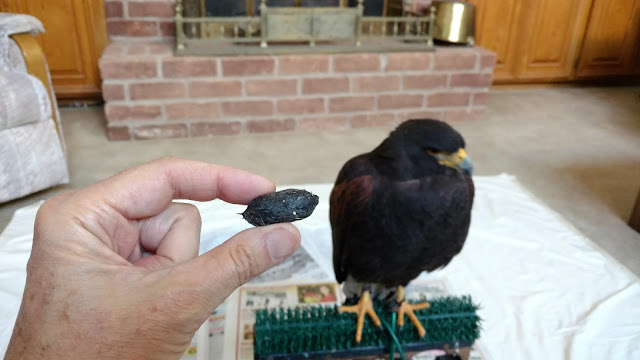 I have friends trying to get sparrows so that they can trap a Merlin or two. Farrah got wind of their situation and offered four......
Post a Comment
Read more 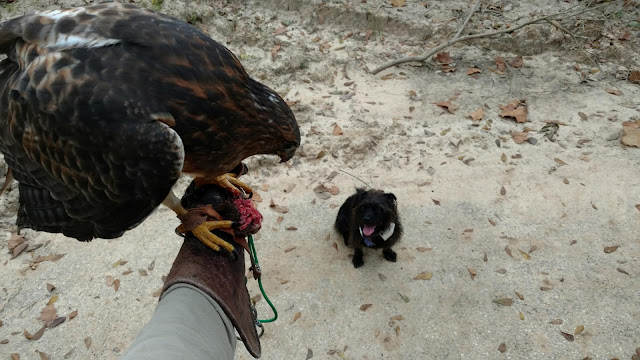 Cisco is on the same roll as last year. Hope he is not injured later ... We hunted for an hour or two with good participation from Arnold the dog. It was muggy, warm, and overcast and I began to get tired. I yelled, "Five minutes Cisco!" He took that threat seriously, caught a squirrel, instantly parachuted down, the squirrel broke loose and he recovered it immediately. This is fifth squirrel of season and fifth in a row. Obligatory post hunt chillin' - demanded by Cisco
Post a Comment
Read more 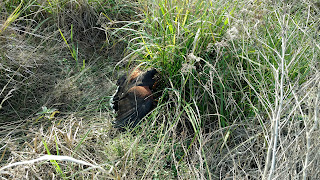 Farrah with bird A lot going on. Cisco, after his ten month dry spell, caught that rabbit in Amarillo. Since then he has been very efficient with squirrels even if the last two hunts were odd, to understate it. Here's a slightly edited version of the text I sent to some friends: Today was to be a typical trip to the abandoned park where I hunt squirrels with Cisco. I brought Arnold the dog who helps keep squirrels up in the trees. Today ended up anything but typical. For about ten or fifteen minutes I believed that Cisco was dead, twenty five feet above me in some branches with his third squirrel in as many trips. This morning we hunted for about fifteen minutes when he connected (whack!) and I heard a squirrel squealing a sound vaguely like a squirrel call. Cisco didn't drop straight down right away so I tied up the dog. It was hard to get a clear view of the situation from the ground, but for a few minutes there was the usual tussle with some bell sounds. Then it g
Post a Comment
Read more
More posts